We are the importers and processors of traditional spice powders like, Turmeric powder. Coriander Powder, Black Pepper etc.

Coriander is probably native to the Middle East and southern Europe, but has also been known in Asia and the Orient for millennia. It is found wild in Egypt and the Sudan, and sometimes in English fields. The seed is now produced in Russia, India, South America, North Africa - especially Morocco - and in Holland. It was introduced to Britain by the Romans, who used it in cookery and medicine, and was widely used in English cookery until the Renaissance, when the new exotic spices appeared. Among ancient doctors, coriander was known to Hippocratic, and to Pliny who called it coriandrum for its 'buggy' smell, coris being a bug; or perhaps because the young seed resembles Cimex lectularius, the European bed-bug.

Coriander seed oil is an aromatic stimulant, a carminative (remedial in flatulence), an appetizer and a digestant stimulating the stomach and intestines. It is generally benefi- cial to the nervous system. Its main use is in masking foul medicines, especially purga- tives, where it has anti-griping qualities. Coriander cakes were once taken against 'St. Anthony's fire’, or 'Rose' a severe streptococcal skin infection called ‘erysipelas", which caused many deaths before the advent of antibiotics. In Asia the herb is used against piles, headache and swellings; the fruit in colic, piles and conjunctivitis; the essential oil in colic, rheumatism and neuralgia; the seeds as a paste for mouth ulceration and a poultice for other ulcers .

Recent studies have supported its use as a stomach soother for both adults and colicky babies. Coriander contains an antioxidant that helps prevent animal fats from turning rancid. It also contains substances that kill meat-spoiling bacteria and fungi. These same substances in Cilantro also prevent infection in wounds. Coriander has been shown to improve tummy troubles of all kinds, from indigestion to flatulence to diarrhea. Weak coriander tea may be given to children under age 2 for colic. It's safe for infants and may relieve their pain and help you get some much-needed sleep. 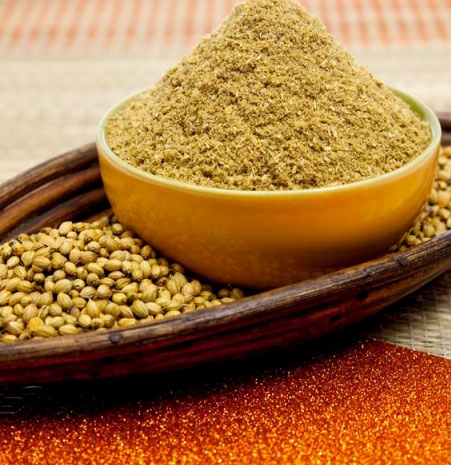 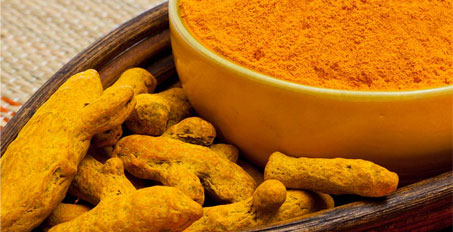 Turmeric is an ancient spice, a native of South East Asia, used from antiquity as dye and a condiment. It is cultivated primarily in Bengal, China, Taiwan, Sri Lanka, Java. Peru. Australia and the West Indies. Turmeric is in fact one of the cheapest spices. Although as a dye it is used similarly to saffron, the culinary uses of the two spices should not be confused and should never replace saffron in food dishes. Its use dates back nearly 4000 years, to the Vedic culture in India where it was used as a culinary spice and had some religious significance. The name derives from the Latin terra merita "meritorious earth" referring to the colour of ground turmeric which resembles a mineral pigment. In many languages turmeric is simply named as "yellow root"

Turmeric is a mild digestive, being aromatic, a stimulant and a carminative. An oint- ment base on the spice is used as an antiseptic in Malaysia. Turmeric water is an Asian cosmetic applied to impart a golden glow to the complexion. Curcumin has been shown to be active against Staphlococcus aureus (pus-producing infections)

Cardamom is one of the world's very ancient spices. It is native to the East originating in the forests o f the western ghats in southern India, where it grows wild. Today it also grows in Sri Lanka, Guatemala, Indo China and Tanzania. The ancient Egyptians chewed cardamom seeds as a tooth cleaner; the Greeks and Romans used it as a perfume. Cardamom is an expensive spice, second only to saffron. It is often adulterated and there are many inferior substitutes from cardamom-related plants, such as Siam cardamom, Nepal cardamom, winged Java cardamom, and bastard cardamom. However, it is only Elettaria cardamomum which is the true cardamom. Indian carda mom is known in two main varieties: Malabar cardamom and Mysore cardamom. The Mysore variety contains higher levels of cineol and limonene and hence is more aro- matic.

A stimulant and carminative, cardamom is not used in Western medicine for it own properties, but forms a flavouring and basis for medicinal preparations for indigestion and flatulence using other substances, entering into a synergetic relationship with them. The Arabs attributed aphrodisiac qualities to it (it features regularly in the Arabian Nights) and the ancient Indians regarded it as a cure for obesity. It has been used as a digestive since ancient times. A medicinal (perhaps aphrodisiac) cordial can be made by macerating seeds in hot water. 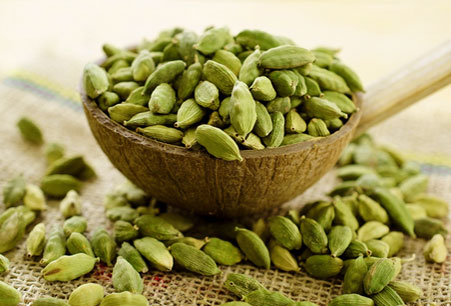 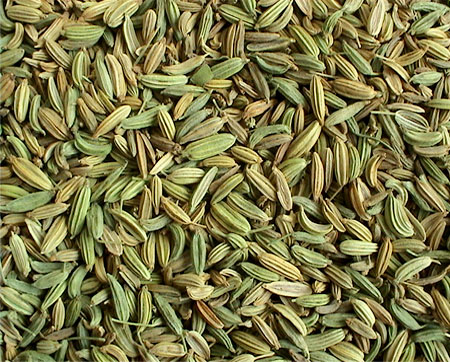 Cumin is native to the Levant and Upper Egypt. It now grows in most hot countries, especially India, North Africa, China and the Americas. The spice is especially associ- ated with Morocco, where it is often smelt in the abundant street cookery of the medi- nas. The Romans and the Greeks used it medicinally and cosmetically to induce a pallid complexion. In Indian recipes, cumin is frequently confused with caraway, which it resembles in appearance though not in taste, cumin being far more powerful. This is due to a misunderstanding of the Indian word jeera. The term usually means cumin, but can occasionally mean caraway, so in doubtful cases, cumin is generally to be under- stood. The use of the terms 'black cumin' for nigella, and 'sweet cumin' for aniseed or fennel, further confounds this confusion. As a general rule interpret jeera or zeera (jira, zira) as cumin and kalonji as nigella. When the seeds themselves are in doubt, cumin is easily distinguished from the other Umbelliferae by its flavour, and its shape and colour

is quite different from nigella. Classically, cumin symbolised greed; thus the avaricious Roman Emperor, Marcus Aurelius, came to be known privately as 'Cuminus'.

Cumin is stomachic, diuretic, carminative, stimulant, astringent, emmenagogic and antispasmodic. It is valuable in dyspepsia diarrhoea and hoarseness, and may relieve flatulence and colic. In the West, it is now used mainly in veterinary medicine, as a carminative, but it remains a traditional herbal remedy in the East. It is supposed to increase lactation and reduce nausea in pregnancy. It has been shown to be effective in treating carpal tunnel syndrome, as well as diarrhea, indigestion, and morning sickness. Cumin also shows promise as a natural way to increase breast size. Used in a poultice, it relieves swelling o f the breast or the testicles. Cumin stimulates the appetite.

The history of the spice trade is, above all, the history of pepper, the 'King o f Spices'. Pepper has been moving westward from India for 4,000 years. It has been used in trad- ing as an exchange medium like money and, at times, has been valued so highly that a single peppercorn dropped on the floor would be hunted like a lost pearl. In classical times ’tributes’ were paid in pepper, and both Attila the Hun and Alaric I the Visigoth demanded pepper as a substantial part of Rome's ransom. Since the Middle Ages, pepper was the core of the European spice trade, with Genoa and Venice dominating the market. The Italian ‘pepperers’ monopoly of overland trade routes was the major determining factor in driving the search for an eastern sea route. 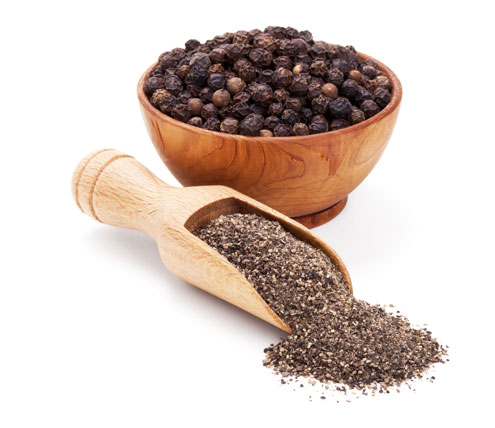